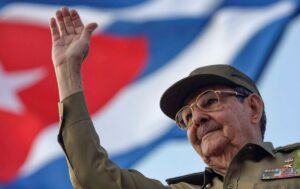 Havana, Cuba.- Army General Raúl Castro will participate on May 1 in the parade in this capital for International Workers’ Day, Cuban President Miguel Díaz-Canel reported Wednesday.
Share on facebook

At the conclusion of the sessions of the IV Plenum of the Central Committee of the Communist Party of Cuba, the also first secretary of that organization pointed out that the Army general was aware of the debates of the forum.

“The meeting is going very well,” Raúl Castro considered in his message to the members of the Central Committee, who had participated in the meeting since the day before.

According to the website of the Presidency, the IV Plenum analyzed the economic and social strategy of Cuba, the political and ideological work and the results of the popular consultation of the Family Code project.

On this day, Díaz-Canel urged to parade next May 1 in the Plaza de la Revolución to celebrate the island’s achievements, such as the development of its own vaccines against the Covid-19 disease.

The traditional march, interrupted in the last two years by the pandemic, will return to the main cities of the provinces throughout the country.

According to the Cuban Institute of Friendship with the Peoples, more than 800 foreign delegates will participate here in the parade for International Workers’ Day.