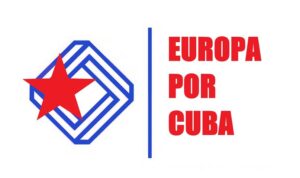 Paris, France.- Europa por Cuba channel surpassed 100 regular and special broadcasts dedicated to solidarity with the island and the denunciation of the blockade imposed by the US, its coordinators highlighted.

In a dialogue with Prensa Latina, José Antonio Toledo, Haydeline Díaz and Patricia Pérez said that the platform activated in October 2020 accumulated 91 Sunday programs, in which it addressed the reality of Cuba, the resistance of its people against aggressions and the rejection in Europe and the world to them.

Similarly, it broadcasted on its YouTube channel and social networks several special programs to highlight dates and events of solidarity with Cuba, totaling more than 100 transmissions, a figure that sets new goals, they said in this capital.

In that sense, they said that the priority will continue to be the denunciation, condemnation and mobilization against the economic, commercial and financial blockade that the United States has been applying for more than six decades, a policy they described as genocidal and criminal.

As part of the strengthening of Europa por Cuba, we will broaden the broadcasts for participation and collaborators, through debates and other interactive actions, with topics such as the blockade itself and the role of the media in this struggle for justice and truth, Toledo, Diaz and Perez explained.

According to the coordinators of the platform, they will also make new calls for mobilizations in support of the island, with the experience of the caravans and the media marathon organized, which were joined by thousands of people in dozens of European countries and other continents.