Cuba reiterates will for political talk and cooperation with China

Cuba reiterates will for political talk and cooperation with China 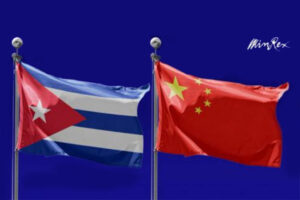 Havana city, Cuba.- Cuba has sent a congratulation message on the occasion of the 72nd anniversary of the founding of the new China and ratified its will to strengthen political talk and cooperation.

In a letter sent by Vice Minister of Foreign Affairs (MINREX) Gerardo Peñalver Portal to Chinese ambassador in Havana Ma Hui, he reiterated Cuba´s commitment to work in defense of multilateralism, principles of international law and the Charter of the United Nations.

In the letter, Mr. Portal described the establishment of the new China (on October 1, 1949) as a significant event in the history of humankind.

‘Cuba is honored to have been the first nation in the Western Hemisphere to recognize, in 1960, the Government of the People’s Republic of China as its only legitimate representative, as well as to have fought for over a decade, along with other developing countries, for the restoration of China´s representation at the UN,’ he wrote.

Plus, Mr. Portal pointed out that the ties between the two countries (Cuba and China) have fully increased.

Etiquetas: Cuba reiterates will for political talk and cooperation with China