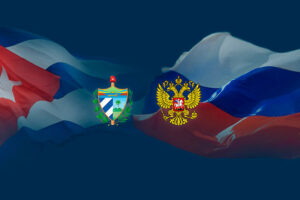 Havana, Cuba.- The 18th Session of the Cuba-Russia Intergovernmental Commission for economic-commercial and scientific-technical collaboration began on Wednesday in Havana and will last until Thursday, the Ministry of Foreign Trade and Investment announced.

Both countries’ delegations are headed by the co-presidents Ricardo Cabrisas, deputy prime minister of Cuba, and Yuri Borisov, vice-president of the Government of the Russian Federation.

Both representations will examine by working groups aspects of mutual interest in the economic, financial, energy, transportation, agriculture, communications, and health areas. The business sector will also be present.

According to a press release, this 18th session of the Intergovernmental Commission demonstrates the interest in strengthening economic relations and collaboration, which will be evidenced during two days of intense exchange based on respect, trust, and transparency.

The 17th edition of the Cuba-Russia Intergovernmental Commission was held in September 2020 in Moscow, where the performance of the main economic projects being developed between the two nations was reviewed.