Caravans again take to the streets opposing US blockade against Cuba

Caravans again take to the streets opposing US blockade against Cuba 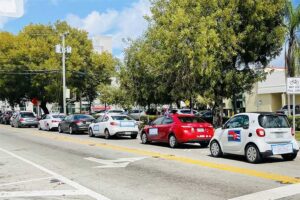 Washington, United States.- A great number of US and global cities will join in another day of world action opposing the hostile blockade imposed by the United States on Cuba for over 60 years.

On Saturday, Carlos Lazo, activist and coordinator of Bridges of Love project, reiterated in Mexico the significance of unity among all those who really love and support for ending the unilateral US measure that has caused so much damage to the Cuban people.

During a solidarity gig against the US blockade, Mr. Lazo claimed his pledge to go on conducting, as till now, the monthly solidarity caravans present in manifold global cities.

Actions planned on this occasion will also help to support the campaign to collect enough funds in order to send powdered milk to Cuba´s Children Hospitals.

“We call on everyone in Miami to join this concrete effort that exposes and opposes the inhumane aftermaths of the US blockade,” Carlos Lazo said a statement.

According to the official program, the Miami solidarity caravan will kick off at 10:00 a.m., local time, on March 27 at Tamiami Park along the service road off Coral Way and the SW 112th Ave.

The extended day at the international level also advocates the resumption of flights from US territory to the different provinces of the island.

To date, the Joe Biden administration is trying to demobilize the solidarity movement with Cuba, the statement said.

They do so through “a series of test balloons about the change of personnel from the US embassy in Havana and the search for avenues to send family remittances they will find acceptable as part of his ongoing economic war on the Cuban family,” he added.

“We condemn this hypocrisy by refusing to match their words with the facts when it comes to Cuba,” the text warned.

Etiquetas: Caravans again take to the streets opposing US blockade against Cuba