Cuba Will Go Ahead

The second government visit to Granma was paid at a particularly complex time for the country, because we have a rhetorical approach of the United States for Cuba, Cuban President Miguel Diaz-Canel Bermudez said this Thursday in Bayamo. 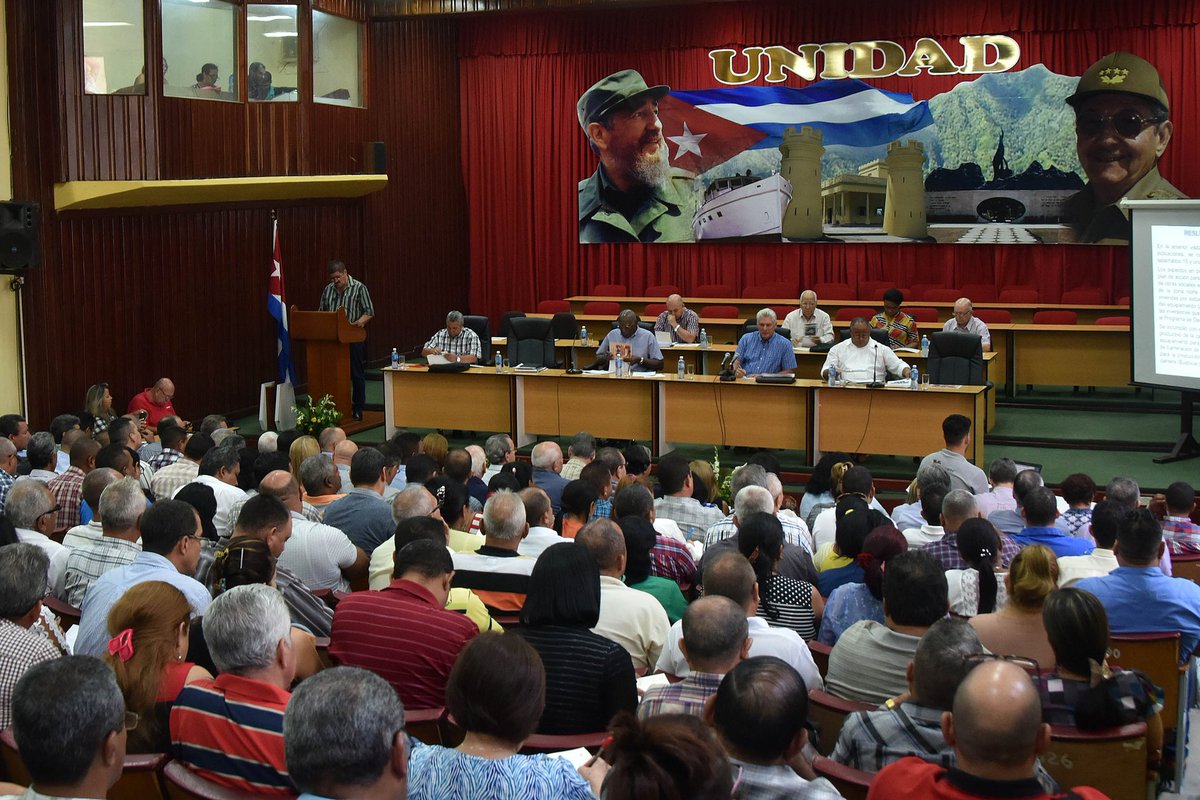 The Cuban President insisted on preparing the people for defense and economic battle.

BAYAMO, Cuba. – The second government visit to Granma was paid at a particularly complex time for the country, because we have a rhetorical approach of the United States for Cuba, Cuban President Miguel Diaz-Canel Bermudez said this Thursday in Bayamo.

Diaz-Canel pointed out that the economic blockade, financial persecution and sanctions and measures imposed unilaterally, intended to be internationalized with the full implementation of the Helms-Burton Act, were escalating.

That is why, the Cuban President said, there are two priorities defined we must take care at the same time, the preparation of the people for defense and the economic battle, which require a more efficient work of the public administration and business performance.

The Cuban President said those priorities go first by the policy of cadres, and most of all by the way they behave at times like these.

Times Are Not to Emphasize Problems

The Cuban President, Miguel Diaz-Canel, when concluding this Thursday the second government visit to Granma, said the times are not to emphasize problems, it is necessary to work in a different way.

Referring to the immediate non-sale of oil by TRD Caribe in Bayamo, Diaz-Canel added that work styles have to be proactive, there is no room for calm, accommodation, and indicated the leaders of all institutions must be agile.

The Cuban President ratified that the country makes an effort and dedicates great basic financing to the food to reach the population, and it is irresponsible not to put them quickly in the trade network, as happened with rice in Granma.

Betsy Diaz, Minister of Domestic Trade, insisted that managers must have sensitivity to expedite sales, and avoid long queues in stores and markets.

When concluding the government visit to Granma, the President of Cuba, Miguel Diaz-Canel, said cadres have to have revolutionary restlessness, and sensitivity to the problems of the population.

Diaz-Canel directed cadres to act with more proactivity, intensity, commitment and intelligence, and emphasized in eliminating obstacles and fracturing the bureaucracy we have created and hinders an important part of the social and economic processes.

The Cuban President said it is important to touch problems directly with the population, develop social communication, computerization of society, and scientific research supported by universities.

Diaz-Canel called to continue reviving the cities, the service centers to the people, and to continue the main plans of development, that the country will not stop them.