You are at:Home»News»Floral offerings of Raul and Diaz-Canel before Marti´s Grave
Want create site? Find Free WordPress Themes and plugins. 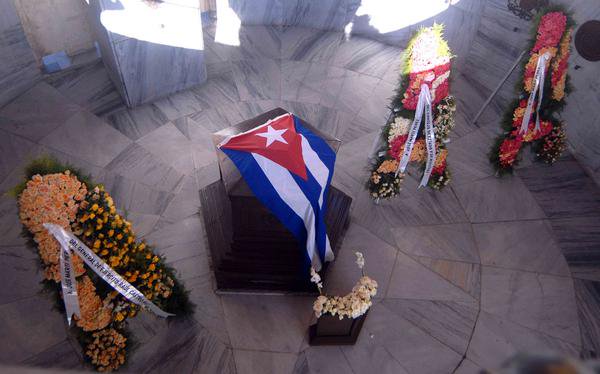 SANTIAGO DE CUBA, Cuba.- In a military ceremony held this Thursday before the tomb of Jose Marti, Apostle of the Cuban independence, floral offerings were placed from Army General Raul Castro Ruz, First Secretary of the Communist Party of Cuba and Miguel Diaz-Canel Bermudez, President of the Councils of State and Ministers.

On occasion of the 151st anniversary of the beginning of the libertarian exploit, a military ceremony was held in the Santa Ifigenia Cemetery in Santiago de Cuba.

Authorities of the territory and a representation of the people attended the event, where students of the Military School served as the Honor Guard in the Mausoleum of the Cuban National Hero.

In the solemn ceremony, floral offerings were also deposited on behalf of the Councils of State and Ministers and the people of Cuba.

Did you find apk for android? You can find new Free Android Games and apps.
Share. Twitter Facebook Google+ Pinterest LinkedIn Tumblr Email
Previous ArticleDiaz-Canel: Task Number One Has To Be the Future
Next Article Violent Crackdown on Ecuador