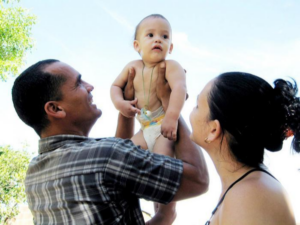 It will include people between 15 and 54 years of age from all over the country.

Diego Enrique Gonzalez Galvan, director of CEPDE, announced that the survey results will provide scientific evidence and information on the reproductive decision-making of men and women amid a demographic scenario characterized by a low birth rate that does not ensure generational replacement.

Gonzalez Galvan pointed out that the survey is a milestone as it is the first to be carried out in the country after the outbreak of the COVID-19 pandemic and that it will be developed with mobile data collection devices.

Alejandra Trossero, the UNICEF representative to Cuba, expressed that the NFS will contribute to a better understanding of the fertility situation in the country and how these results are related to regional reports and the indicators of the 2030 Agenda and the Sustainable Development Goals.

Grisell Rodriguez, program officer of the UNFPA Office in the Caribbean island, noted that the survey would make it possible to have inputs to support the design and implementation of the policy to address population dynamics.