With the aim of analyzing the Economic Plan for the actual year, Cuban President Miguel Diaz-Canel Bermudez led this Wednesday an exchange with Cuban trade union leaders. 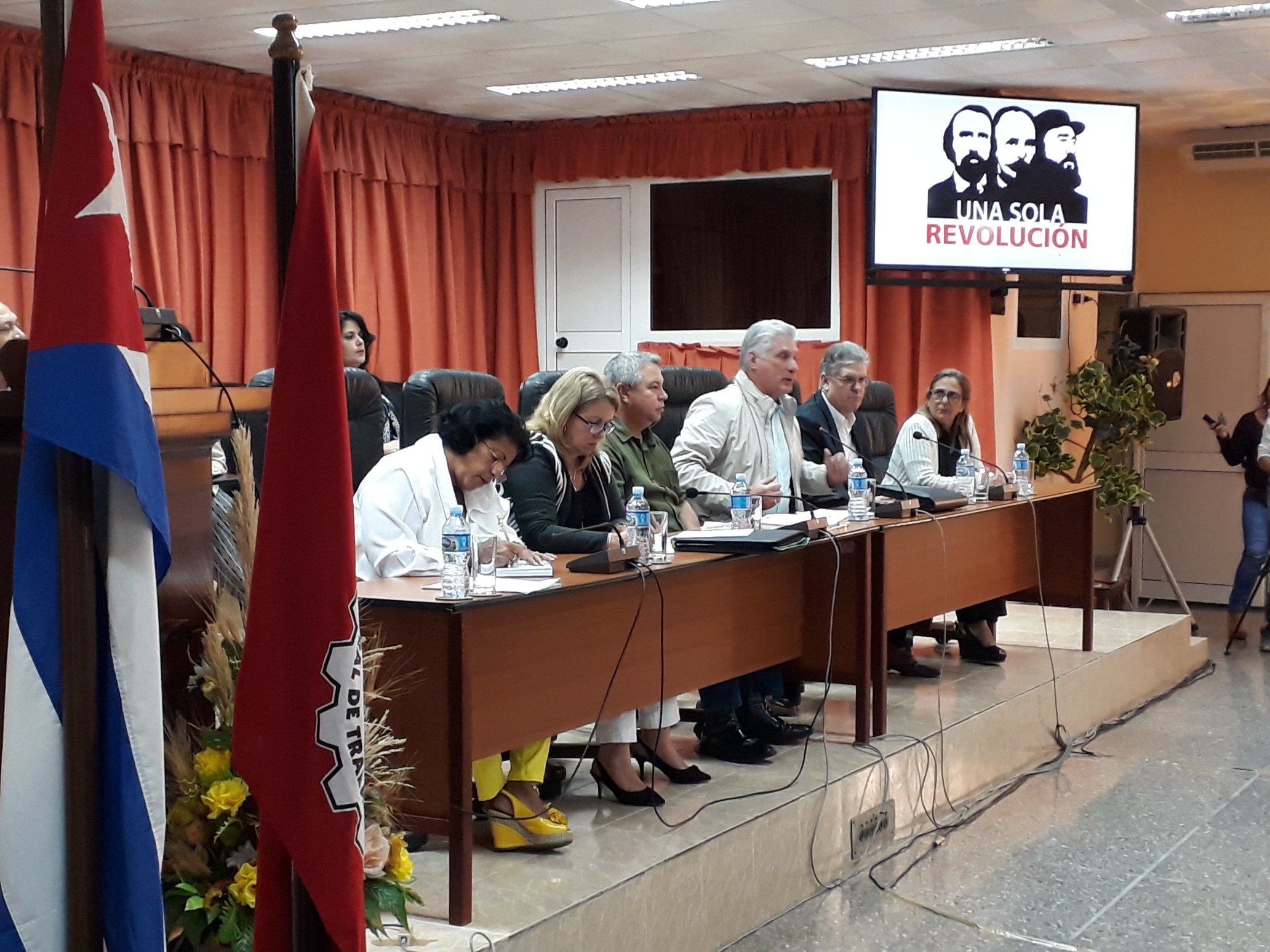 HAVANA, Cuba.- With the aim of analyzing the Economic Plan for the actual year, Cuban President Miguel Diaz-Canel Bermudez led this Wednesday an exchange with Cuban trade union leaders.

Diaz-Canel said at the meeting that there is no scenario in Cuba where the union movement has no voice. It is necessary to go out and fight alongside the administrations to fulfill the plans, Presidency of Cuba publishes on Twitter.

In this regard, the Cuban President explained that the most important task today is to fulfill that plan in the midst of the upsurge in the blockade, as well as he highlighted the importance of this process of discussion with workers, which must contribute, convene and move each Cuban.

In addition, Diaz-Canel reiterated the role of the Workers’ Central Union of Cuba as a driver of workers and administrations, where it plays a relevant role in fulfilling the country’s primary tasks.

Economy Minister Alejandro Gil spoke at the headquarters of the Workers’ Central Union of Cuba, giving an explanation of the fulfillment of the Plan, the replacement of imports and the saving of material resources.

At the meeting, Meisi Bolanos, Minister of Finance and Prices, called for maximizing revenue, working for trade growth, and greater efficiency and rationality in expenditures to avoid economic losses.

Bolanos spoke on the need to continue improving the quality of services, as well as to take advantage of the measures established by the government to alleviate the tensions of recent months.

Together with Diaz-Canel, they also led the exchange, Ulysses Guilarte, Secretary General of the Workers’ Central Union of Cuba, and member of the National Secretariat Milagros Perez.