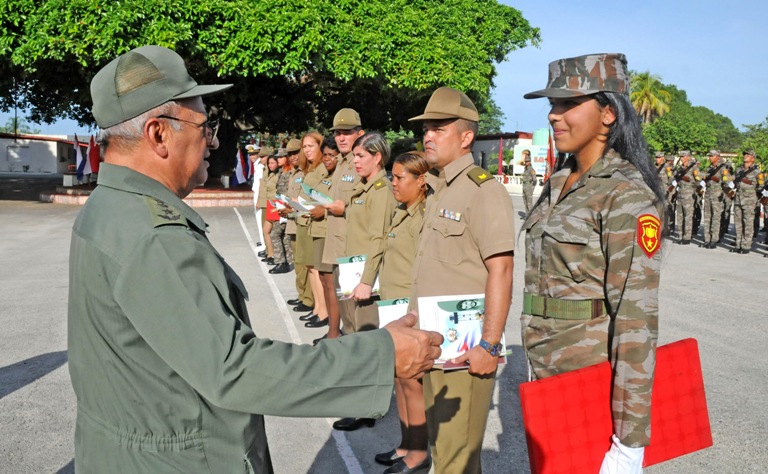 GUANTANAMO, Cuba.- Army General Raul Castro Ruz, First Secretary of the Communist Party of Cuba, sent a greeting to militants of the Young Communist League of Cuba (UJC) in the Revolutionary Armed Forces (FAR) and to the Cuban youth in general. This was on occasion of the 55th anniversary of the start of the youth organization in the armed body.

The members of the Border Brigade, Antonio Maceo Order, received with great joy the message from Raul. The text highlighted that that “this event emerged in the first anti-imperialist trench, where young people faced the constant provocations and aggressions of the enemy, marked a higher stage of work in the institution.”

The text sends a warm congratulation to the participants in that political process, and wishes them successes “in the important tasks we must face together with our people”.

The ceremony took place at the headquarters of the Border Brigade,  who guards the boundaries with the only and illegitimate country’s artificial frontier (the American naval base imposed on Cuba since 1903), where, four days after the process began, a crime outraged all the Cuban people.

Bullets from the usurped territory took the life of young soldier Ramon Lopez Pena, a young military with outstanding merits.

Lopez Pena received post-mortem the militancy of UJC and he is the first martyr of the youth organization in FAR.