State of Bayelsa, Nigeria, interested in cooperation with Cuba

State of Bayelsa, Nigeria, interested in cooperation with Cuba 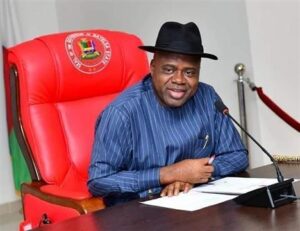 Havana city, Cuba.- Douye Diri, governor of Bayelsa, Nigeria, arrived in Cuba a working visit Monday and Tuesday aimed at deepening and expanding medical and biotechnological cooperation between the two countries and especially with his state.

Bayelsa authorities are interested in developing a cooperative partnership in the production of vaccines and other pharmacological products, in addition to promoting a bilateral medical exchange program, according to a document to which Prensa Latina had access.

To that end, the Nigerian delegation plans to hold meetings with executives of Servicios Médicos Cubanos S.A., of the BioCubaFarma group, and to visit some of the companies of this pharmacological conglomerate.

Likewise, Douye Diri’s work plan for the 4th and 5th includes an audience at the Foreign Ministry, a business meeting with executives and officials of the Ministry of Foreign Trade and Investment, and a meeting with the governor of Havana, Reinaldo García Zapata.

Accompanying the Bayelsa governor are his State’s Health commissioner, Pabara Newton Igwele, and the permanent secretary of the Ministry of Trade, Industry and Investment, Oliemen Erica Abah.

Also in the delegation are the Vice Chancellor of Bayelsa Medical University, Professor Ibitimitula Nicholas Etebu, and four other government officials.

Bayelsa, located in southern Nigeria and bordering the Atlantic Ocean, is one of the country’s most important states, particularly for its oil and gas wealth.

With more than two million inhabitants, it also has agricultural, forestry, textile and tourism resources, as well as a variety of handicraft production. With a degree in Education and a master’s degree in Political Science, Douye Diri was a senator in the Nigerian National Assembly before assuming the governorship of Bayelsa in February 2020 after winning the elections with the People’s Democratic Party.

His government seeks to transform the state’s healthcare system with the goal of achieving universal health coverage.

According to diplomats from the Nigerian Embassy, the visiting delegation hopes that a partnership with Cuba will generate scientific cooperation, technology transfer, academic collaboration and the co-production of vaccines and other pharmacological products that will benefit the people of the Niger Delta, Nigeria and nations in the West African sub-region.

Etiquetas: interested in cooperation with Cuba - Nigeria - State of Bayelsa