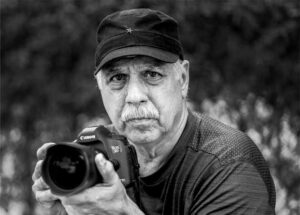 Havana, Cuba.- The National Association of Cuban Writers and Artists (UNEAC) is promoting on Monday an exhibition of images and texts, a project undertaken by filmmaker Roberto Chile, to be held at the Jose Marti National Library.

The exhibition, supported by the Cuban Fund for Cultural Assets and Collage Editions, includes an equal number of poems written by renowned Cuban authors, who used the images as a source of inspiration, among them Miguel Barnet, Nancy Morejon and Waldo Leyva.

Chile, who won the 2018 Jose Marti National Journalism Award, explained in a recent interview published in La Jiribilla cultural magazine that the photographs chosen correspond to several projects of his authorship such as “Guanabacoa,” “Somos,” “Fidel es Fidel,” “Convergencias” and others developed from 2011 to 2020.