Timbalaye Festival 2021 winds up in Cuba

Timbalaye Festival 2021 winds up in Cuba 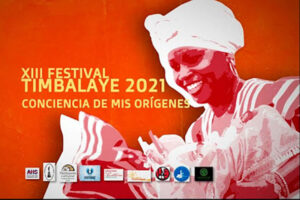 Havana city, Cuba.- The 13th edition of the Timbalaye Festival 2021 winds up on Friday, after being developed from digital platforms due to Covid-19, with presence in 100 countries, and with more than 50,000 registered users.

Under the slogan ‘Conciencia de mis Origenes’ (Awareness of my Origins) and a rumba beat, the four-day event was broadcast on the Ministry of Culture (MINCULT)’s official YouTube channel, Cuban television’s Canal Clave and StreamingCuba.

The event was an opportunity to highlight the presence of rumba in Cuba culture, as well as to continue actions to protect this genre, declared UNESCO’s Representative List of Intangible Cultural Heritage of Humanity in 2016.

The program of concerts and theoretical sessions, by rumba artists and exponents in Cuba and other nations, has spread with high impact in the United States, Italy, Mexico and Spain, MINCULT Communicator Alexis Triana tweeted.