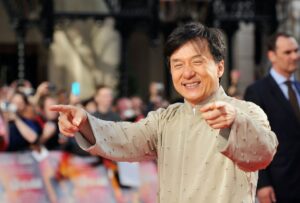 According to Ambassador Carlos Miguel Pereira, the artist made these statements during a visit to the island´s legation, together with intelectual Han Fangming, president of the prestigious Charhar Institute, one of the most well-known Chinese Think Tanks.

They expressed their affection and admiration for Cuba, its history and culture, while Chan gave a copy of his lastest book as a gift and informed of the face masks donation on behalf of the insitute and his own foundation.

Pereira added that the actor also recognized the work of the Cuban School of Wushu and its president and founder, Roberto Vargas Lee.

A native of Hong Kong with a wide international projection, Jackie Chan serves as president of the Culture and Peace Committee of the Chanhar Institute and Ambassador of the United Nations International Children’s Fund.

For years he has alternated the big screen with charity work and even joined China’s fight to eradicate extreme poverty.