The Cuban Vice President, Salvador Valdes Mesa received the Vice-President of the Republic of Uganda, Edward Kiwanuka Ssekandi, who pays an official visit to Cuba. 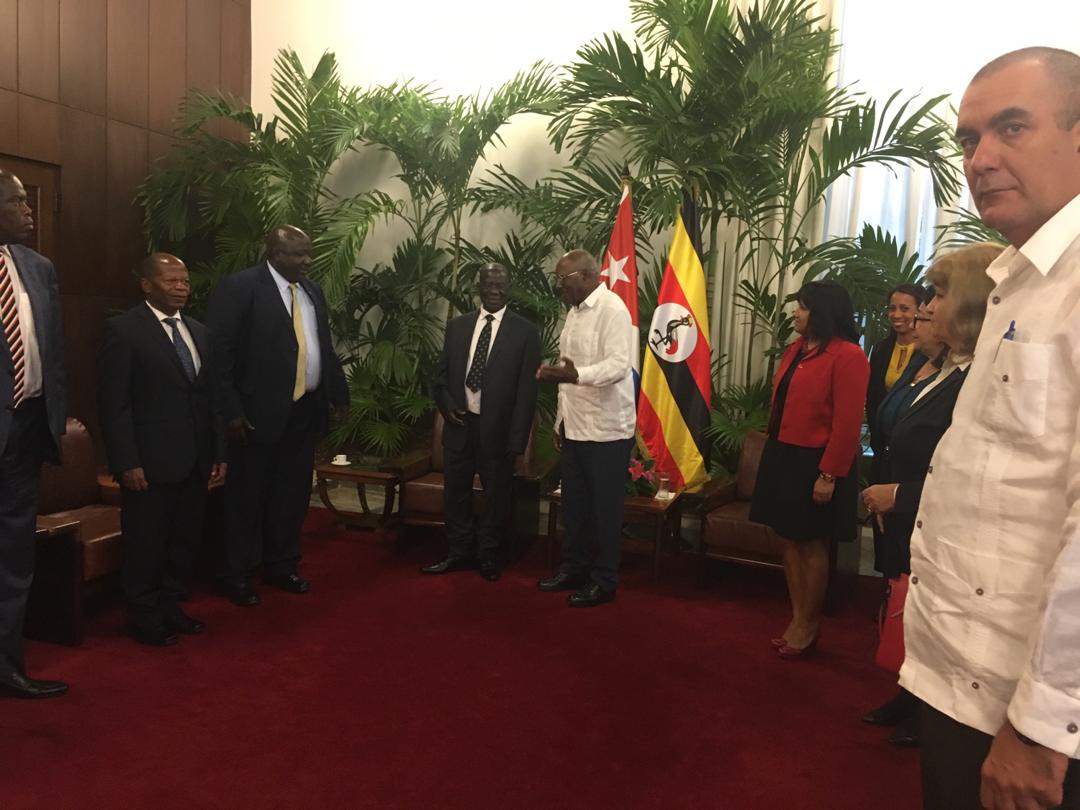 During the cordial meeting, the two leaders discussed the good state of bilateral relations, and ratified the mutual will to strengthen them, in particular cooperation in health and education.

The Vice-President from Uganda was accompanied by the Minister of State for Education, John Muyingo; of Foreign Affairs, Henry Okello Oryem; of Minerals, Sarah Opendi Achieng; of Trade, Michael Kafabusa Werikhe, and of Veterans Affairs, Christopher Kibanzanga Mbalibula.