At COVID-19, Keeping Measures and Not Being Complacent

“Cuba continues in the most favorable scenario of confrontation with COVID -19, and if we do things right we must not go back, hence the importance of maintaining hygiene measures and social estrangement,” the Minister of Public Health, Jose Angel Portal said in the Roundtable TV program. 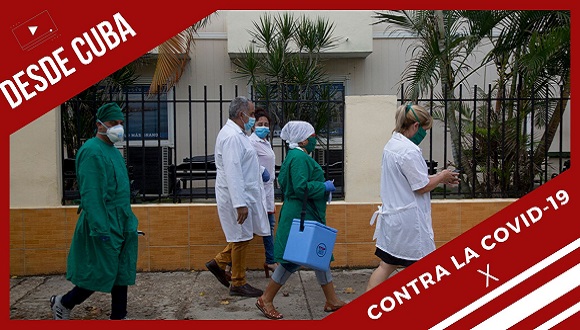 Cuba follows the battle against COVID-19.

HAVANA, Cuba.- “Cuba continues in the most favorable scenario of confrontation with COVID -19, and if we do things right we must not go back, hence the importance of maintaining hygiene measures and social estrangement,” the Minister of Public Health, Jose Angel Portal said in the Roundtable TV program.

Portal updated on the situation of the world and more specifically of our country, which this Friday had admitted the fewest number of cases since the disease began on the island.

The Public Health Minister reported that of the more than 2,000 samples analyzed as part of population studies nationwide, only three positive patients have been reported.

This shows that viral circulation is not high, which does not mean the risk is not high, the expert warned, and emphasized that not even 15 per cent of the intensive care beds prepared in Cuba have been occupied.

The Minister of Public Health, Jose Angel Portal, highlighted in the Roundtable TV program that in the immediate future it will be necessary to maintain a very active surveillance of epidemiological control, to avoid flare-ups of the new coronavirus in the coming months.

Portal remarked the successful evolution of local transmission events, and said the Revolution’s willingness to serve public health as a priority, resulting in the encouraging results shown by the island today.

The Public Health Minister emphasized that more than 2,500 health professionals from the Henry Reeve brigades are present in 24 countries, and have attended more than 31,000 infected, adding to the presence of the Cuban medical collaboration in more than 50 nations.

Portal noted that COVID-19 remains a global health emergency, so he insisted on the need to work together on its confrontation. 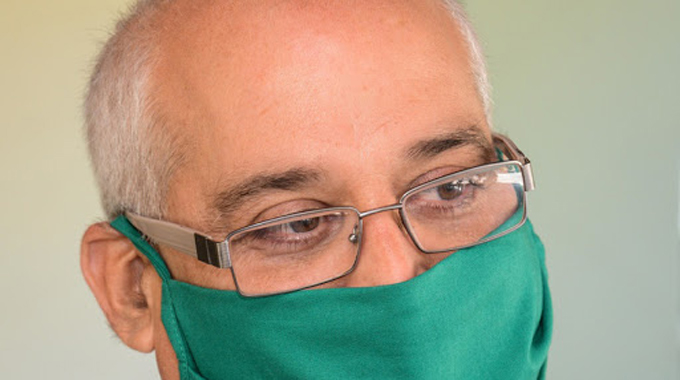 The Director General of the Pedro Kouri Institute of Tropical Medicine (IPK), Dr. Manuel Romero, reported at the Roundtable TV program on the entity’s contributions to the Cuban struggle against COVID-19.

Dr. Romero said that from the beginning of the pandemic, the IPK prepared to deal with the disease on the island, as one of the institutions with numerous precedents of epidemic research.

The expert further explained at the Roundtable on Friday that the institute specialized in the diagnosis and reference of the virus, so the laboratories prepared to carry out the samples and today have more than 40 thousand analyzed.

Dr. Romero emphasized the care of patients with COVID-19 at the IPK and the associated isolation center, which has housed more than 500 people, mainly collaborators who have returned from other countries.

The Director General of the Pedro Kouri Institute of Tropical Medicine, Dr. Manuel Romero, explained the participation of the entity in the Innovation Committee that developed research projects based on protocols for the confrontation with COVID-19.

The IPK was the institute responsible for forming the Ethics Committee for research, so it was also a pioneer in the use of BIOCUBAFARMA products against the disease, he said at the Roundtable TV program.

These researches in which the center has participated allow the identification of clinical and epidemiological manifestations in patients, elements that allow to understand the presence of the disease in Cuba.

Dr. Romero indicated that these analyses were favorable for decision-making regarding the protocol of action against the disease, and support the obtaining of immune response patterns to the virus.

The Director of the Institute of Hematology and Immunology, Consuelo Macias, reported at the Roundtable TV program on the participation of the entity in protocols against COVID-19 in Cuba.

Dr. Macias mentioned research that has enabled new protocols against the virus, and explained they carry out a treatment based on the application of plasma from donors who have suffered the disease, managing to alleviate respiratory symptoms in 14 patients who received it.

Another project is a clinical trial of stem cell application to people with lung injuries that, Dr. Macias said, will validate the first results in three weeks.

The expert explained that the institute collaborates on projects related to the immune response and psychological evaluation of recovered patients and the application of Biomodulin T.