Cuba to another Enduring Page of Its History

In a solemn ceremony plethoric of vibrant patriotism, the National Assembly of People´s Power proclaimed this Wednesday the new Constitution of Cuba, endorsed last February 24. 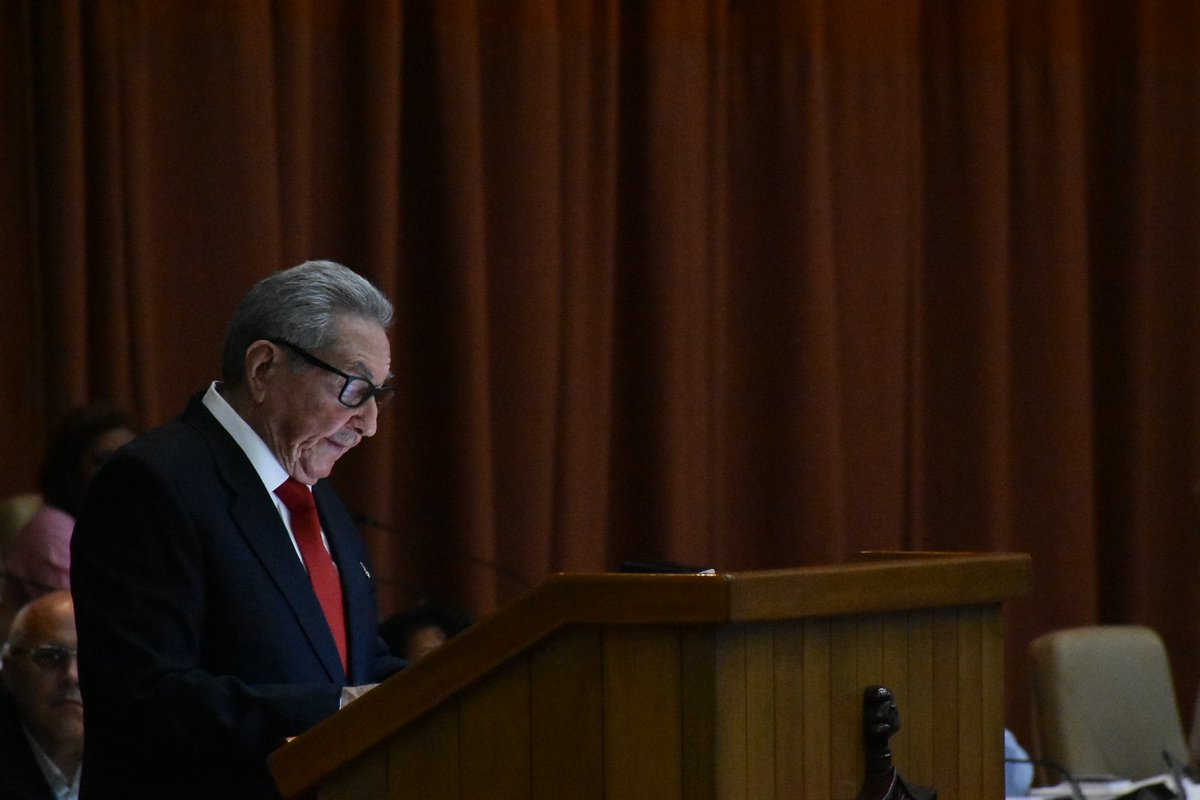 Army General Raul Castro Ruz, First Secretary of the Party, and Miguel Diaz-Canel Bermudez, President of the Councils of State and Ministers, chaired the second special session of the current legislature of the Parliament.

The notes of the National Anthem interpreted by the Music Band of the General Staff of the FAR and the National Chorus of Cuba accompanied the 21 gun salutes shot from Santa Iphigenia Cemetery and La Cabana Fortress.

An emotional moment was the entry of the Constitution of Guaimaro of 1869 to the plenary, guarded by three combatants dressed in the uniforms of the Liberator Army.

A Magna Carta of Continuity

The Constitution we proclaim today is continuity of the first one, that of Guaimaro, while it safeguards as fundamental pillars of the nation the unity of all Cubans and the independence and sovereignty of the Fatherland, Army General Raul Castro affirmed.

In a special session of the National Assembly, Raul said it was a privilege to give that speech, as well as 43 years ago with the Magna Carta of 1976.

The First Secretary of the Party emphasized the chosen date is not accidental, because it coincides with the anniversary 150 of the Constitution of Guaimaro, our first law of laws, fruit of the unity and institutionalism that the raising Republic in Arms required.

Freedom and independence from the Spanish Colonialism would be part of its fundamental pillars, coupled with the recognition of equality among all Cubans, Raul said.

The Revolution, Source of Law

In the speech of proclamation of the new Magna Carta, at the Convention Palace of Havana, Army General Raul Castro made a historical account of the Cuban constitutions, their values and significance.

Raul recalled that with the triumph of January 1959, one of the first measures in the legal order was the promulgation of the Basic Law.

The Revolution was a source of law, it gave land to peasants, gave free education, public health to the service of citizens, and guaranteed equality, Raul emphasized.

On the Law of Laws of 1976, the First Secretary of the Party  emphasized that it instituted the rights conquered by the people, and regarding its reform in 2002, he highlighted it consigned the irrevocable character of Socialism, when the American Government increased its threats against Cuba.

In his words in the Ninth legislature of the National Assembly, Army General Raul Castro Ruz said that in 2016, the Seventh Congress of the Party ratified the previous approaches in terms of the development of the socialist economic model.

Raul added there was always concern in the revolutionary process for the realization of a new Magna Carta that would broaden the rights of citizens, the structure of the State and adapt to the new times.

He explained that in 2018, a commission began to work on the proposal for a new Constitution, and later the concrete project was widely debated by all in a real popular consultation.

Raul pointed out that in this consultation the youth, as a driving force, had a decisive role and finally approved the draft Magna Carta last February 24.

Army General Raul Castro recalled the intense legislative activity the National Assembly will fulfill to make effective the precepts of the new Constitution, and among those tasks would be the approval of the Electoral Law in the next regular session.

Raul explained that the President of the Republic will present the new Government to the approval of the Assembly that will appoint the Prime Minister, Vice-Prime ministers, the Secretary and other members of the Council of Ministers.

We will work so that all these actions are materialized this year, and in the early 2020, it would correspond the election of provincial Governors and Vice-governors, Raul said.

When speaking in the solemn session of proclamation of the new Magna Carta, Army General Raul Castro rejected the aggressive conduct that the U.S. government has unleashed on Latin America and the Caribbean on behalf of the Monroe Doctrine.

He recalled that in very recent times, Our America had strengthened regional independence in a climate of peace, cooperation and harmony, because with the precept of unity within diversity, it progressed steadily towards integration and complementarity.

Latin America and the Caribbean were proclaimed a Zone of Peace and there was some advance in the purpose of reaching a more respectful relationship with the Northern neighbors, Raul acknowledged.

However, he warned that the scenario today is another one, because Washington and its hegemonic ambition pose the most peremptory threat of the last five decades to peace, security and well-being of Latin America and the Caribbean.

The threat Concerns Us All

There are governments and political forces that, in an irresponsible way, accompany imperialism in its bellicose escalation in the region, Army General Raul Castro said and warned that although the siege against Venezuela is the main point of aggression, the threat concerns everyone.

Raul said the Venezuelan government and Chavez ´s people are writing admirable pages of resistance and transmitted his recognition to the more than 20 thousand Cuban collaborators, mostly women, who fulfil their noble task in that country.

He denounced Washington’s increasingly menacing tone against Cuba, with the old yearning to overthrow the Revolution by increasing economic war and blockade.

That same aspiration has already failed in the past and will fail again, Raul reaffirmed and reiterated that Cuba is not afraid of threats, while defending its vocation for peace and its right to build Socialism.

In the speech of proclamation of the Magna Carta, Army General Raul Castro ratified that we have defined as unavoidable priorities the preparation of the country for defense and the development of the economy.

He highlighted that we need to be alert and aware that we are facing additional difficulties, and that the situation could worsen in the coming months.

It is not a question of returning to the acute phase of the Special Period, Raul said and added that today it is a different panorama for the diversification of the economy. He insisted on redoubling efforts to achieve greater productions, review the costs to remove the no essentials, and increase the efficiency of energy carriers.

In spite of its immense power, Imperialism does not possess the capacity to break the dignity of a united people, proud of its history and the freedom conquered with so much sacrifice, Raul said.