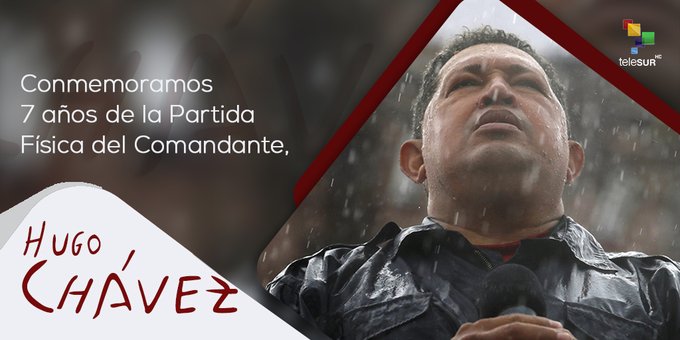 Diaz-Canel shared on Twitter an article from Juventud Rebelde local newspaper about the Venezuelan Commander and the revolutionary process he promoted in his country from the time he assumed the presidency in 1999, until his death in 2013.

For his part, the Foreign Affairs Minister wrote on the same social network that Chavez lives in the Venezuelan people who defend daily their sovereignty, in their Revolution and in those fighters for a fairer world.

His influence crossed borders with the purpose of the independence leaders of a united Latin America and for this he fostered the creation of regional integration mechanisms, such as the Community of Latin American and Caribbean States.