Cuba reveals its selection for the U-23 World Baseball Championship

Cuba reveals its selection for the U-23 World Baseball Championship 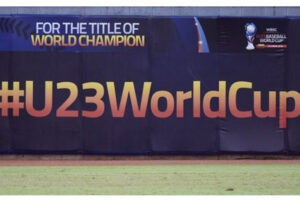 Havana city, Cuba.- The Cuban Under-23 baseball team will have three players from the Mexican professional league for the 3rd World Championship in Mexico, from September 23 to October 2, unfolded today the National Federation.

Bryan Chi, catcher Ivan Prieto and outfielder Loidel Chapelli will defend their country, after their performance in the professional tournament in the northern nation.

Manager Eriel Sanchez will lead the team made up of three catchers, seven infielders, four outfielders and 10 pitchers in the universal competition, which will be played in Ciudad Obregon and Hermosillo.

Cuba’s team will play in Group A, headquartered in the first city; and will compete against the Dominican Republic, Mexico, Czech Republic, Germany and Taipei of China.

The Cuban squad will debut on the opening day on the 23rd against the Dominican Republic, and then will play with defending champion Mexico (24th), Taipei of China (25th), Germany (26th) and the Czech Republic (27th). Colombia, South Korea, the Netherlands, Nicaragua, Panama and Venezuela, members of section B, will compete in Hermosillo.

The top three in each bracket will compete in the super lively round, from September 29 to October 1, and the final will be played the following day.

Sanchez specified that the list of the Cuban squad could undergo changes until the time of departure.

Etiquetas: Cuba reveals its selection for the U-23 World Baseball Championship