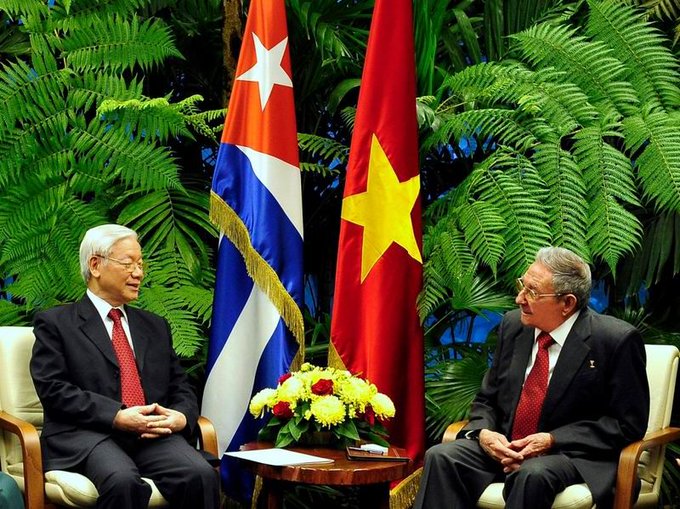 In a message to Nguyen Phu Trong, Secretary General of the PCV, Raul ratified the commitment of Commander-in-Chief of the Cuban Revolution Fidel Castro Ruz, of loyalty and brotherhood to the Socialist Republic of Vietnam, heir to President Ho Chi Minh’s legacy.

The Cuban leader highlighted that in 2020 the two governments commemorate the anniversary 60th of their diplomatic relations, and said this is an expression of deep friendship and an example of the willingness to be united in the face of the challenges imposed by the current international scenario.

“We wish you success in building Socialism,” Raul Castro’s message points out.

With information from Prensa Latina