Despite the pressures of the United States, the foreign entrepreneurship in Cuba maintains the commitment for the country, Miguel Diaz-Canel said in the Parliamentary Commission for Service Care. 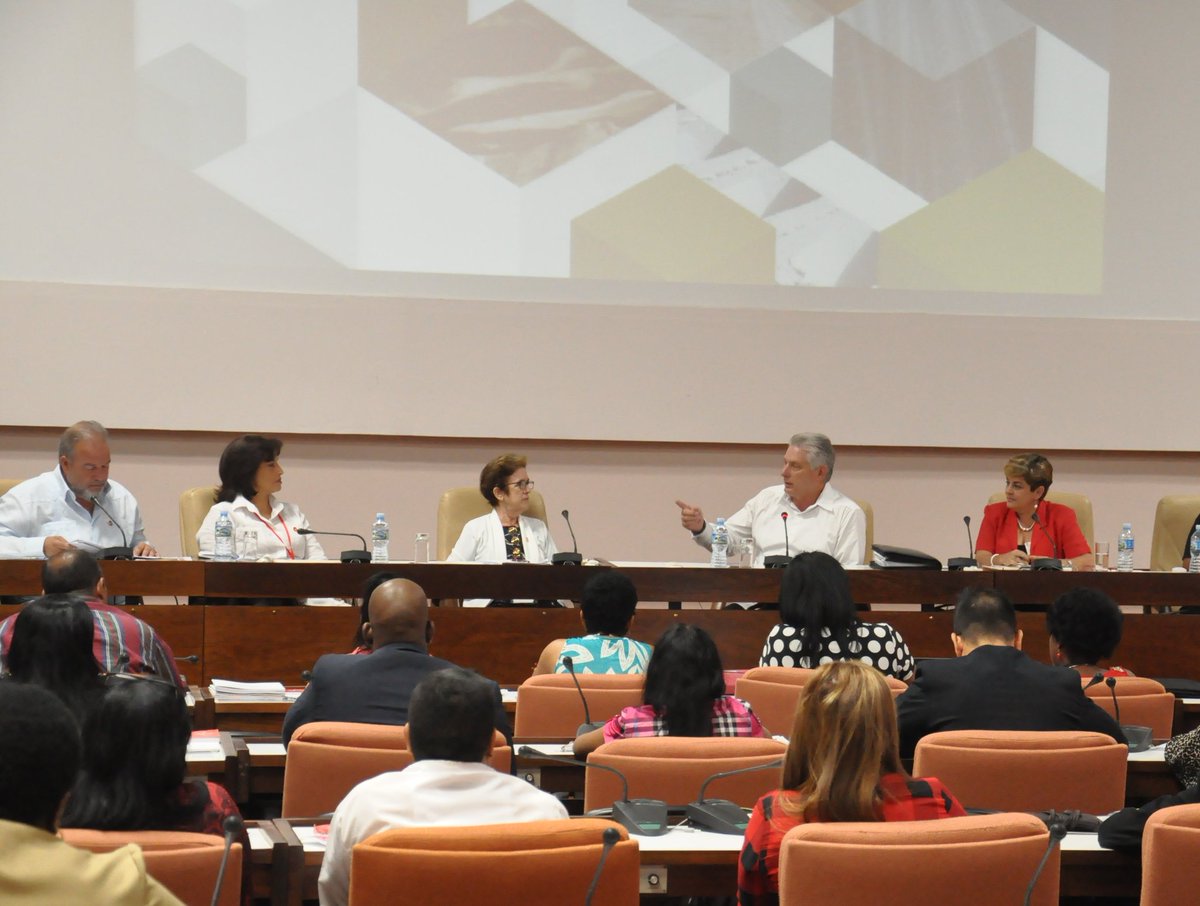 Diaz-Canel spoke at the Committee on the Attention to Services. Photo / @PresidenciaCuba.

HAVANA, Cuba.- Despite the pressures of the United States, the foreign entrepreneurship in Cuba maintains the commitment for the country, President Miguel Diaz-Canel said in the Parliamentary Commission for Service Care.

The group of Members listened to a report on the progress and prospects for foreign investment, an issue Diaz-Canel said is necessary to get capital, technology and knowledge on the nation’s development path.

The Cuban President reiterated the need to replace imports and increase exports to boost domestic industry, which has to link to foreign investment with the supply of products and services.

We have said that domestic production has to be chained to tourism, a sector with a high presence of foreign capital, but that spends many currencies on imports, Diaz-Canel pointed out.

Diaz-Canel called for putting aside prejudice and defending tourism, because it is one of the most stable sources of foreign exchange in the country and with potential to continue growing and promoting economy.

The Cuban President referred to the most recent government measures that seek to strengthen the State-owned enterprise, which when it is linked with tourism and foreign investment can receive a share of liquidity to develop their productions.

The head of the Cuban State gave as an example the efforts the Ministry of Agriculture makes in the identification of eight projects to increase the production of pork and chicken from local feed, initiatives based on Fidel’s experiences.

We have no limitation on the law for Cubans living abroad to invest in Cuba, analyzing each case and seeing its projection towards the development of the country, Diaz-Canel remarked.

In Search of the Necessary Capital

The Director-General of Foreign Investment, Deborah Rivas, explained to the Members of the Committee on Service Care on the progress of this process, which has not yet achieved the levels required by the country.

The official of the Ministry of Foreign Trade and Foreign Investment detailed that investors interested in placing capital in Cuba consider as advantages the sustained growth of tourism, the security of the country and the high level of training of its human resources.

The most recent edition of the Portfolio of Business Opportunities, made public last November, contains 525 projects in all sectors and territories of the country, Rivas pointed out.

External cooperation with Cuba has solidarity as its principle, without conditioning, nor attempts to interfere in the internal affairs of the country, Deborah Rivas, official of the Ministry of Foreign Trade and Foreign Investment said.

When speaking at the Parliamentary Commission on Service Care, the Director-General for Foreign Investment explained that at the end of last year the government approved the related policy, as well as the proposal of regulations including a Decree Law and nine resolutions, among other laws.

Last year, the external financial flow amounted to $115.4 million, one percent higher than in 2017.