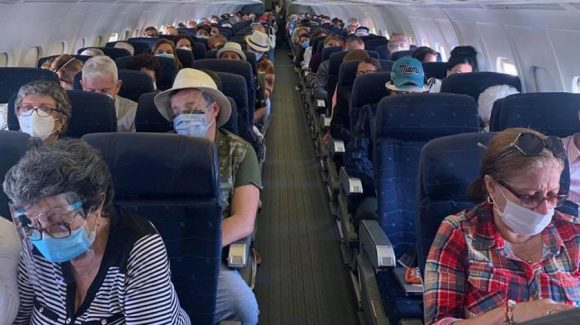 Cubans stranded in the United States returned to Havana.

HAVANA, Cuba.- Bruno Rodriguez Parrilla, Minister of Foreign Affairs of Cuba, said that the return on Friday of Cubans who were stranded in the United States is the result of the work of both governments.

On his official Twitter account, Rodriguez Parrilla stated that national residents visiting the northern country have received all the attention and help from the authorities of the two states, allowing their safe return on Friday.

This return takes place after two weeks of work and exchange between the U.S. and Cuban authorities, a note from the Cuban Embassy in Washington reported last Thursday.

World Atlantic airline provided two aircraft for the realization of these routes from the southern city of Miami, Florida, to Havana, the communication added.