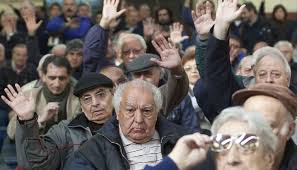 BUENOS AIRES, Argentina.- The Argentine government will announce the new increase for retirements and pensions, which will begin on March 1, while a new interim mobility formula is developed.

In addition to retirements, the rising will benefit those who receive the Universal Child Allowance, family allowances, non-contributory benefits, and pensions for senior citizens.

The new increase will be known a day after the National Institute of Statistics and Census reported that in January the inflation rate was 2.3 percent, the lowest in the last six months.