This Tuesday it took place in Washington the sixth meeting of the Cuba- the United States Bilateral Commission. 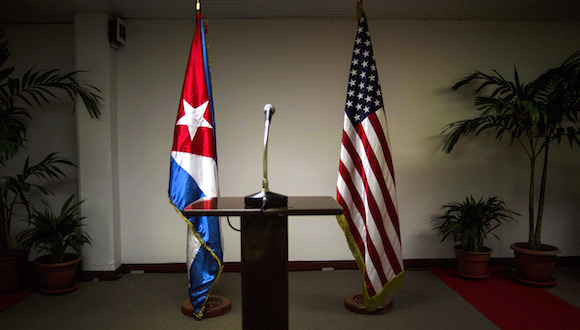 WASHINGTON, USA – This Tuesday it took place in Washington the sixth meeting of the Cuba- the United States Bilateral Commission.

The Cuban delegation was chaired by Josefina Vidal Ferreiro, Director general of the United States in the Ministry of Foreign Affairs, and the American delegation by John Creamer, Deputy assistant secretary for the Western hemisphere of the State Department.

During the meeting held following the announcement of the new policy of the American Government towards Cuba, on June 16, 2017, the Cuban delegation reiterated the rejection of the regression in bilateral relations, the measures to exacerbate the blockade and I the interference in internal affairs, the confrontational rhetoric and political manipulation of the human rights, an issue used as a pretext to justify them.

With a Respectful and Non-subdued Dialogue

This Tuesday in Washington, the Cuban officials also referred to the conditionings trying to subordinate an improvement in bilateral ties to the realization of changes in Cuba´s constitutional order, as well as to the consequences of that change in the policy for relations between both countries, including the affections caused to several sectors in the United States.

In reaffirming the willingness to continue a respectful dialogue with the US Government, Cuba´s representatives expressed the disposal to actively implement the bilateral agreements signed in the last two years. They also made proposals for concrete actions by several Cuban entities to advance cooperation in areas of mutual benefit such as environmental protection, law enforcement, health, agriculture, hydrography and geodesy, among others.

Regarding the alleged incidents affecting American officials and their families in Havana, the Cuban delegation reiterated that Cuba rigorously complies with its obligations with regard to the protection of diplomats, that it have never perpetrated or will perpetrate actions of that nature, neither allowed nor will allow its territory be used by third parties for that purpose.

They emphasized that the Cuban authorities have a keen interest in clarifying this issue and concluding the ongoing investigation, by indications of the highest level of government, for which the cooperation of the US authorities is essential.

Following the disrespectful, interventionist and unacceptable statements of President Trump during his speech at the UN General Assembly, which took place at the time of the Bilateral Commission, the Cuban delegation expressed a vigorous protest.