China reiterates call to US to lift blockade against Cuba

China reiterates call to US to lift blockade against Cuba 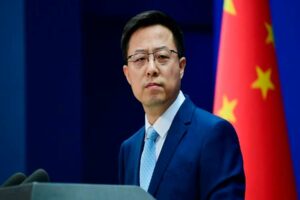 Beijing, China.- China on Monday reiterated its call to the United States Government to immediately and completely lift the economic, financial and commercial blockade imposed against Cuba, after highlighting that it is a global claim.

Foreign Ministry Spokesperson Zhao Lijian deplored the permanence of such policy although the international community has rejected it consecutively at the United Nations General Assembly in the last 29 years.

Zhao recalled that during its existence, the hostile siege has caused economic losses exceeding 144 billion dollars to the island.

Last week, the Chinese Ministry of Foreign Affairs expressed support to the island in the protection of the social stability, rejected any interference in internal issues and demanded the United States to end the blockade, considering it the main cause of the shortages in medicines and energy there.

The diplomat highlighted the response by Cuban President Miguel Diaz-Canel to the actions that took place on July 11 and deplored any attempt to interfere in internal affairs in the Caribbean nation.

China thus joined several nations and organizations in the world that repudiate subversive actions, demonstrations and calls for an intervention in Cuba.

Etiquetas: China reiterates call to US to lift blockade against Cuba