A New Attack to Democracy in Brazil

The military intervention in Rio de Janeiro ordered by President Michel Temer, virtually buries the government’s intention to approve before the end of February the challenged retirement reform promoted by him. 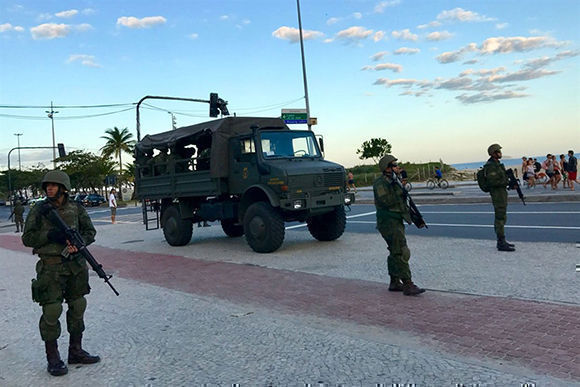 According to the president of the Chamber of Deputies, Rodrigo Maia, the inability to discuss and approve the proposed constitutional amendment to the pension system is due to the Magna Carta cannot be modified during a federal intervention.

The Lower House, Maia added, will not vote the federal intervention decree until next Monday or Tuesday, and the Senate shall only do so one day after.

Maia recognized in statements amplified by Congress in focus portal web that he was not consulted on the military intervention, agreed between Temer and State Governor Luiz Fernando Pezao.