Economic and productive centers are among the priorities of the visit that Cuban President Miguel Diaz-Canel Bermudez and the Council of Ministers initiated today to Holguin province. 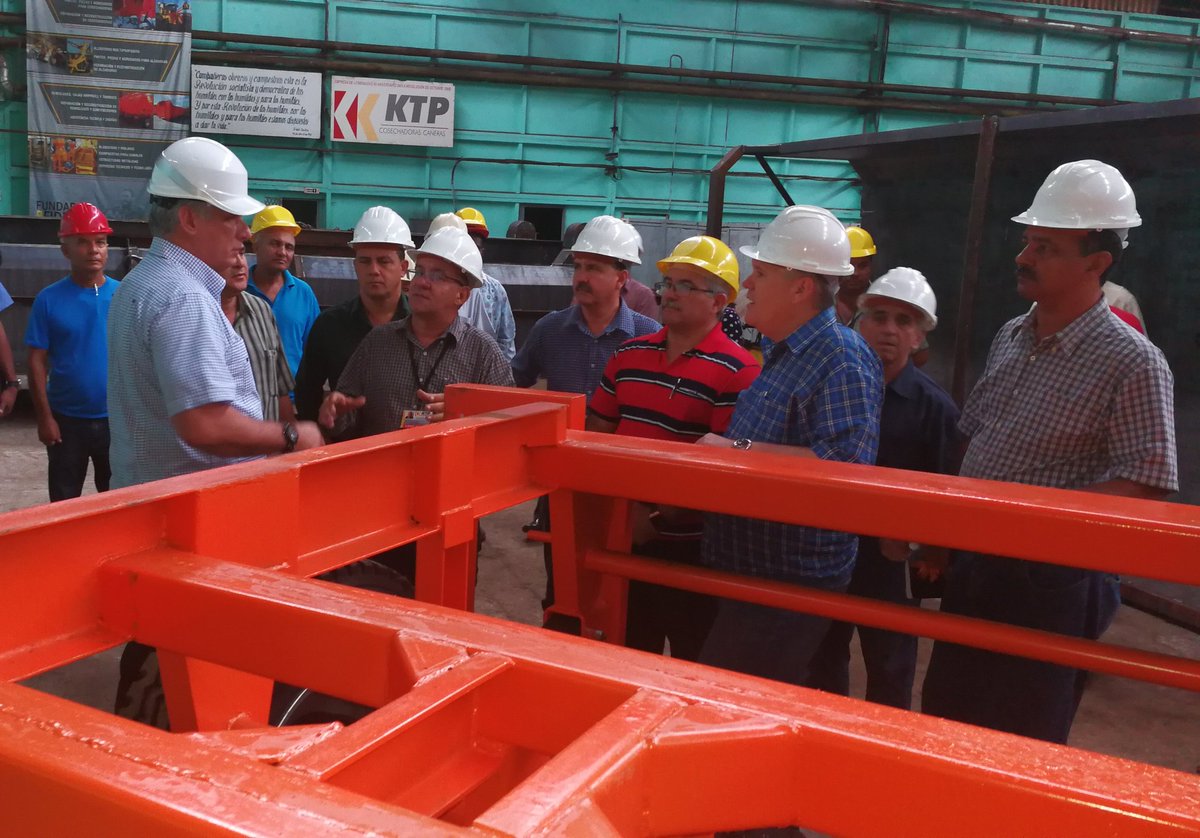 HOLGUIN, Cuba.- Economic and productive centers are among the priorities of the visit that Cuban President Miguel Diaz-Canel Bermudez and the Council of Ministers initiated today to Holguin province.

First, the Cuban President visited the 60 Anniversary of the October Revolution Company of cane-harvesters, The Heroes of July 26 factory, producer of agricultural implements and the Dairy Company.

In the company of cane-harvesters Diaz-Canel exchanged on the improvement of the payment system and the planning of the production of spare parts for machinery.

He also talked about their fundamental challenges, such as diversifying productions, leading the plan towards export, chaining themselves to foreign investment and executing a new sustainable project.

To Diversify Production for the People

The Cuban President, Miguel Diaz-Canel, toured the Heroes of July 26 factory, where he talked with workers and managers as part of the visit of the Council of Ministers to Holguin.

Later, in the Dairy Company, Diaz-Canel learned about particularities of its line of elaboration of cheeses in transformation to increase the quality of productions, demanded both by the tourist sector and by the population.

In addition, the head of State noted the need to increase and diversify production for the people, replacing imports, creating the basis for future exports, and ensuring the quality and safety of food.

In the Mini-industry of Selected Fruits, the Cuban President referred to the importance of the initiatives of that entity to contribute to the food of the Cubans, one of the priorities of the Government of the island.

Education, Communications and Water Supply on Target of Ministers

As part of the activities of the Council of Ministers, Cuban Vice- President Roberto Morales visited the University of Holguin, which has more than 11000 students.

Morales called to report in social networks on the daily work, as the best way to defend the Cuban Revolution.

For her part, Vice-President Ines Maria Chapman checked actions related to the use and rational supply of water in the municipality of Banes.

The Minister of Communications, Jorge Luis Perdomo, exchanged with the workers of the provincial headquarters of the Telecommunications Company of Cuba on the program of computerization of the society.