Thinking as a Country to Boost National Industry 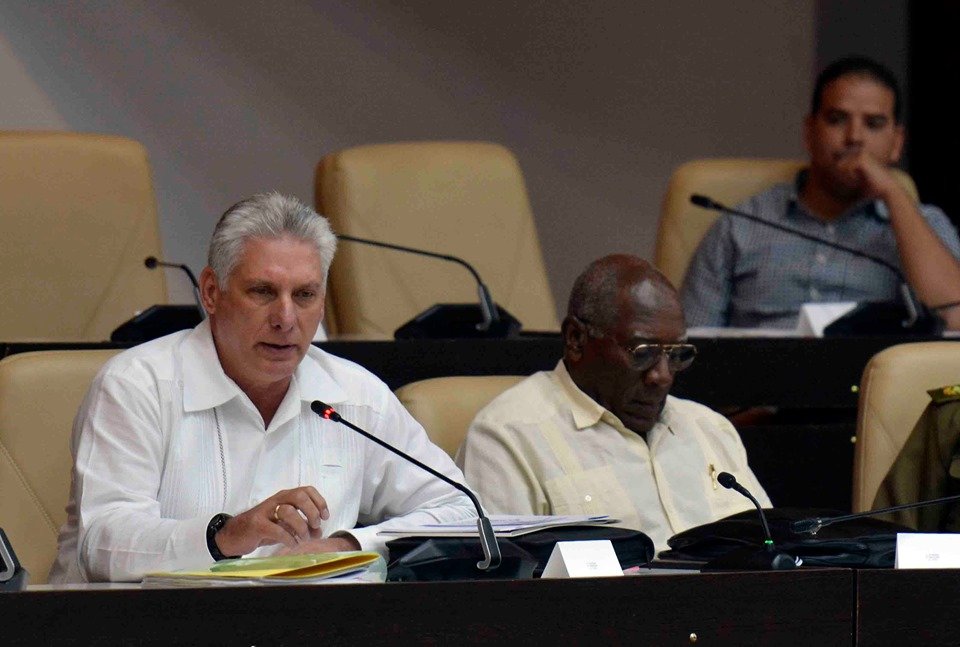 After presenting to the National Assembly of People’s Power the report on the projections and results of the Ministry of Industries, the President insisted on that Cuban productions distinguish the country, and urged to turn the first look to the national industry, towards what is needed and can be done.

In front of more than 600 parliamentarians, Miguel Diaz-Canel indicated to take advantage of the country’s design potential based on industrial products.

The head of State emphasized the importance of automation and computerization of processes and equipment, as well as in the production of spare parts, which replace imports.

Members learned about the implementation of the policy for increasing the recovery of raw materials, the production of packaging, and the efficient use of machines, at a session of the Parliament where the Ministry of Industries reported.

Industry Minister Alfredo Lopez insisted on conquering the market, a key goal of the 2020 Plan, and pointed out that the agency has a responsibility to manufacture attractive products to improve the quality of life of the population.

Lopez reported that the export plan was fulfilled at the end of May, with $58 million in import substitution savings.

The Minister of Industry highlighted that, although it has maintained a sustained growth, the production of spare parts is insufficient.

More than 58,000 people are self-employed in 18 activities ruled by the Ministry of Industries, which is responsible for issuing the technical opinion of the recreation equipment.

On the subject, Minister of Industry Alfredo Lopez told the Members  that the agency also oversees 27 non-agricultural cooperatives throughout the country, including 20 of State origin.

Lopez highlighted that the Ministry is in line with the times of government and e-commerce, and referred to the increase in online sales of products such as televisions and decoder boxes through CITMATEL Company.

The Minister added that through this route, they will sell rice cookers and ventilators, and later they will include gas cookers and electric protectors.