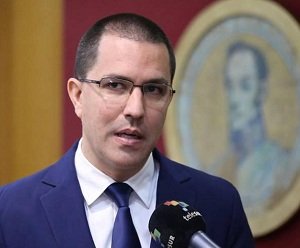 Putin debated the facts in the South American country, whose government denounced the attempt at a coup d’état with a little group of military defectors who concentrated in a high-point distribution center near La Carlota Air Base.

For his part, Bolivia’s head of State Evo Morales, through the network of Networks urged Latin American governments to condemn the coup d’état, and prevent violence on innocent lives.

It would be a nefarious antecedent to let the coup intrusion to settle in the region. Dialogue and peace must prevail on the coup, Morales wrote on Twitter.