You are at:Home»News»Sports»Gold plus Gold, It is Gold
Want create site? Find Free WordPress Themes and plugins. 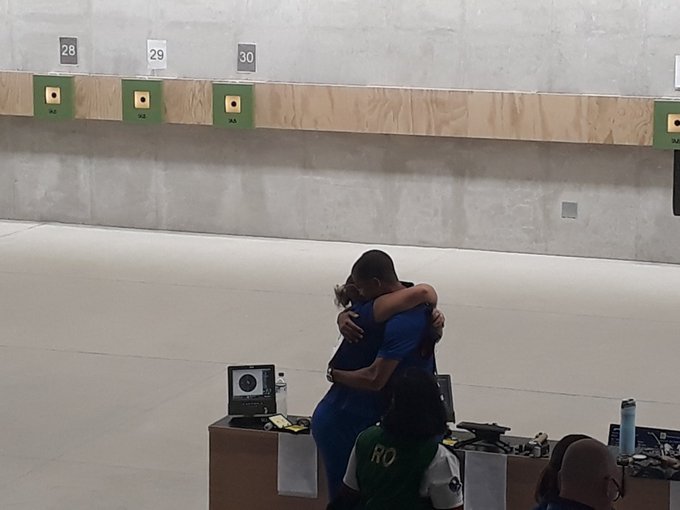 LIMA, Peru. –Cuba’s fourth gold medal at the Pan American Games  came through the 10 meter air pistol mixed team, consisting of Laina Perez and Jorge Grau, the second one for each of them.

The individual monarchs of this specialty won now with 475 points, escorted by doubles from the United States and Ecuador; the other Cuban couple of Sheyla Gonzalez and Guillermo Pias finished fifth.

Laina and Grau had only two slips in their splendid performance, one in the first series and one in the third round of direct medal elimination, but in the challenge for gold with the Americans, they were excellent.

Cuba´s shooting has three golds already, 1 silver and 1 bronze at the Pan American Games in Lima, and has assumed the prominence in the delegation, but still has history to write in this event.

Laina Perez’s laughter is contagious, and Jorge Grau is all sobriety, two poles united on Monday in the conquest of the fourth Cuban gold medal at the Pan American Games in Lima.

Specialists in 10-meter air pistol have only experienced triumphs in this appointment: we had a very good preparation with high competition options, and so you can do better, Laina declared proudly.

Grau recognized that psychological work is very strong, Concentration is fundamental, so I did not think much about the gold I won on Sunday. The most important thing is always what is to come, but now I am happy with these conquests.

The two crowns force them to prepare for the Olympic Games. On the subject, Laina smiles and Grau recognizes there a new goal, complex and seductive. In Tokyo, this duet will look to grow, but they imagine more.