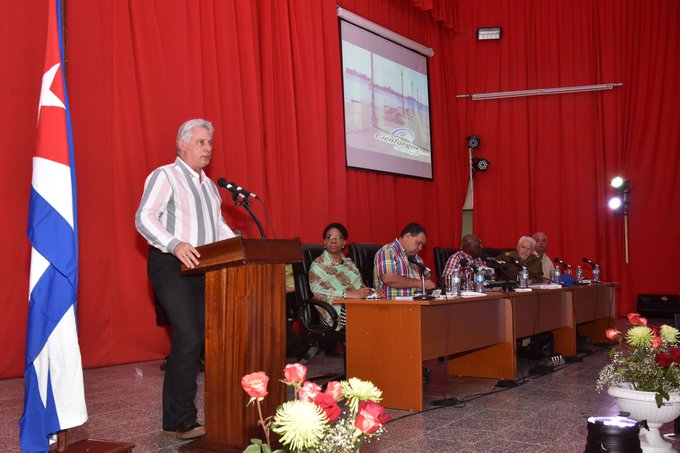 CIENFUEGOS, Cuba.-The President of the Republic of Cuba, Miguel Diaz-Canel Bermudez as part of the Government visit Cienfuegos province, led this Friday the analyses of core issues such as food production and housebuilding.

“We have always found emancipatory exits in resistance and in fight “, was the closing reflection of the head of State at the meeting that analyzed in the territory the topic of food production and the municipal self-sufficiency program, as well as the state of compliance with the Urban and Suburban Agriculture Program.

In an encouraging and realistic speech, which appealed to Cuban ability to move wills and do things right even in complex circumstances, the Cuban President argued with managers and decision-making accountable on an issue of national security: why producing food is now under emphasis.

Among other ideas, Diaz-Canel recalled that the country faces a fundamental problem, that of financing, so it is required to produce more to export more; and to use better the available financing.