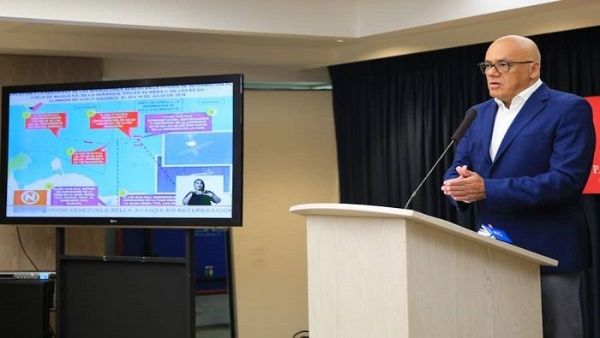 CARACAS, Venezuela. – Venezuela’s Minister of Communication and Information Jorge Rodriguez reported a violation of the country’s air security on 78 occasions over the past three months by ships from the United States.

The Minister rejected the incursion this day of another American aircraft in Venezuelan space, after a radio-electronic exploration aircraft last Friday violated international law when crossing the Venezuelan national territory without warning.

Rodriguez pointed out that experts of the Bolivarian National Armed Forces complied with the established protocols when intercepting the displacement over the Los Roques Archipelago, at New Sparta state.

They are not humanitarian aircraft, they are American spy and warplanes, which are responsible for monitoring all conditions and structures of the State and institutions, in this case of Venezuela, Rodriguez remarked.