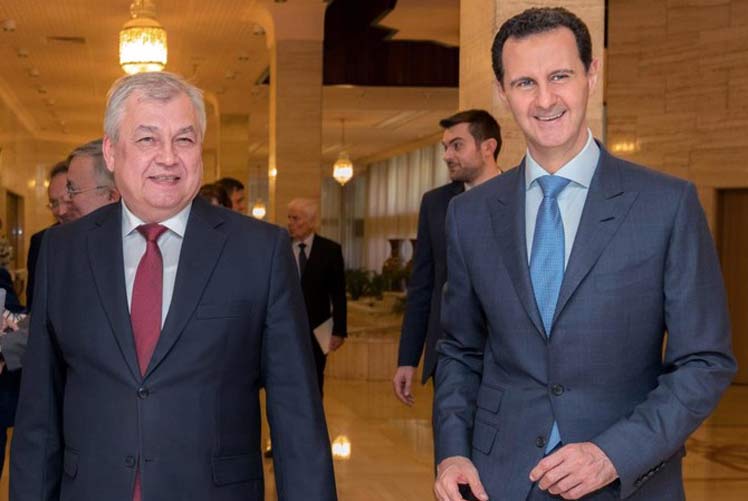 The meeting addressed issues such as the forthcoming negotiations in Astana, Kazakhstan and the ongoing coordination between the two sides on that aspect and the fight against terrorism.

Al-Assad remarked the need to overcome obstacles that forbidding the implementation of what was previously agreed on the Idleb zone, focused on eliminating terrorist groups that assault civilians in the surrounding areas.

For his part, special envoy Alexander Lavrentiev expressed his faith in the success of the Astana talks, both in these issues and in others, to help end the war in Syria and the return of the displaced and the reconstruction of this nation of the Levant.