You are at:Home»News»Diaz-Canel Presides Over Check for Power Generation and Tourism
Want create site? Find Free WordPress Themes and plugins. 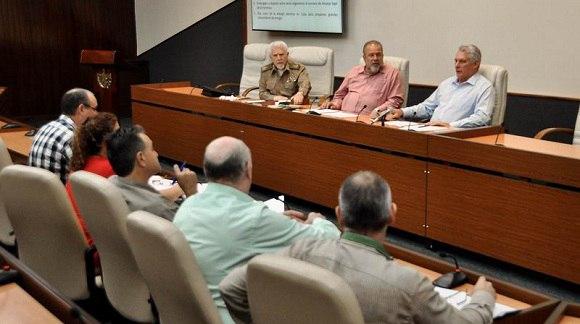 HAVANA, Cuba.- The main indicators of electricity generation in the country during last year, were discussed at a meeting led by the President of the Republic, Miguel Diaz-Canel and led by Prime Minister Manuel Marrero, and also with the presence of Commander of the Revolution Ramiro Valdes.

It was known that electricity production by different ways in 2019 was more than 20 thousand gigawatt hours, higher than the previous year, although the plan was not fulfilled.

This was mainly due to the decline in consumption by the savings measures implemented to face Washington’s actions, aimed at preventing fuel acquisition and stifling the Cuban economy.

For this year, the reinstatement of three thermoelectric units to the National Electro-energy System is planned.

At the meeting, Cuban President Miguel Diaz-Canel and Prime Minister Manuel Marrero also reviewed the current state of foreign investment in the Ministry of Energy and Mining.

Diaz-Canel considered there are undoubtedly foreign investment projects at different stages, on topics such as power generation, oil and mining, prioritized issues that replace imports or serve to export.

Both leaders attended the meeting where the supply of agricultural products to tourism facilities was discussed, where they learned difficulties persist with some lines such as citrus and vegetables.

In that sense, Prime Minister Manuel Marrero called for increasing food production for tourism, a necessary way to raise the quality of service and replace imports in the well-called locomotive of the national economy.