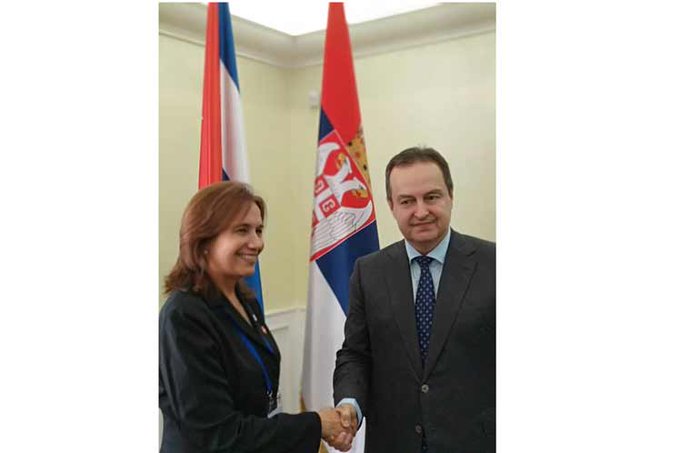 In a warm and fraternal environment, the partners assessed the state of bilateral ties, the willingness to continue developing them and mutual support in matters of national interest.

Mari Machado highlighted Serbia’s support for Cuba on the issue of the American blockade and the vote favoring the resolution the island presents annually at the UN General Assembly to put an end to the genocidal policy.

The Serbian Chancellor gave a positive appreciation of the state of relations between the parliaments of both nations and hailed the presence of Mari Machado in the 141st Assembly of the Inter-Parliamentary Union.