You are at:Home»News»National News»Raul Attends Reinauguration of Statue of the Republic at the Capitol
Want create site? Find Free WordPress Themes and plugins. 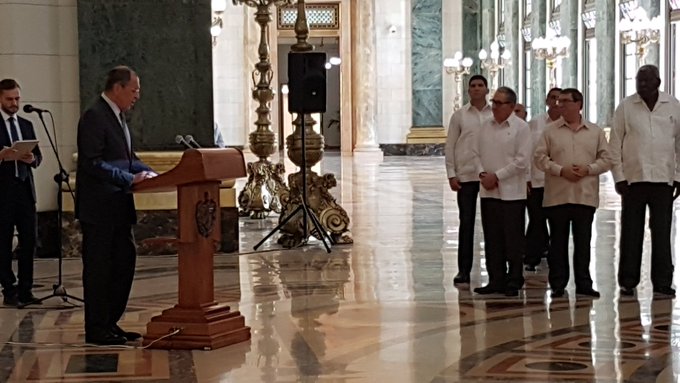 HAVANA, Cuba.- Army General Raul Castro Ruz, First Secretary of the Communist Party of Cuba, and Esteban Lazo Hernandez, President of the National Assembly of People’s Power, attended this Wednesday the reopening of the Statue of the Republic, located in the Havana Capitol.

This act is part of the agenda that Sergey Lavrov, Minister of Foreign Affairs of the Russian Federation, fulfills in the island. Lavrov attended the ceremony and exchanged with Cuban Chancellor Bruno Rodriguez Parrilla.

The Statue of the Republic, fully restored recently, is the work of Italian sculptor Angelo Zanelli and is considered the third tallest statue under the roof in the world.

Its height is 14 meters and 60 centimeters and rests on a marble pedestal of 2.5 meters, and is inspired in Greek goddess Athena.