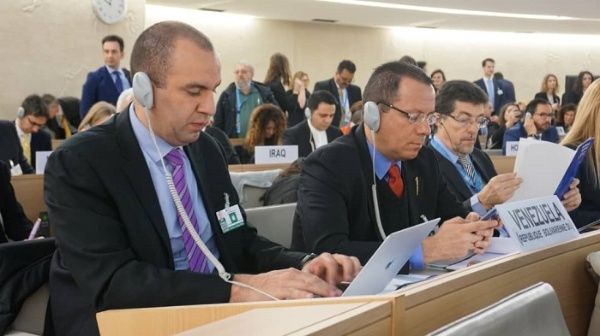 The Vice-Presidency recalled that on October 17, 2019, Venezuela was re-listed in the UN Human Rights Council 105 with votes in favor. Photo/@CancilleriaVE.

GENEVA, Switzerland.- The delegation of Venezuela is already in Geneva, Switzerland, to participate in the 43rd session of the United Nations Human Rights Council.

The regular session will be until March 20, and will be conducive so that Caracas can denounce the new measures imposed illegally by the United States to the detriment of the population´s human rights.

For its part, the Ministry for Foreign Affairs of Venezuela, through its Twitter account, highlights the meetings between Chancellor Jorge Arreaza and officials from other countries and representatives of international institutions.

The UN Human Rights Council is composed of 47 States, with the aim of promoting the protection and guarantee of human rights in the world.