You are at:Home»News»International News»Venezuela Supports the People of Ecuador against IMF
Want create site? Find Free WordPress Themes and plugins. 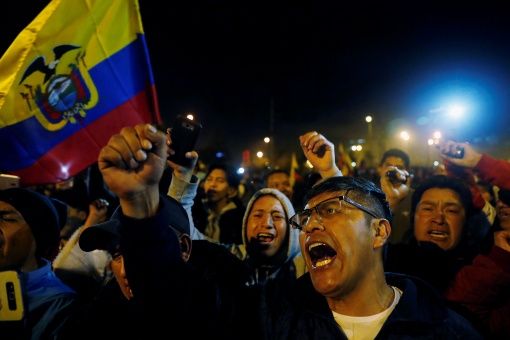 CARACAS, Venezuela.- The First Vice-President of Venezuela’s National Constituent Assembly, Tania Diaz, highlighted the conquest of the people of Ecuador against the International Monetary Fund, IMF.

During the Peoples’ Congress, held in Caracas, Diaz emphasized that “Long live to indigenous societies, former President Rafael Correa and the triumphs that open up in Latin America!.”

In this regard, the First Vice-President of Venezuela’s National Constituent Assembly said Ecuadorians had shown their courage in recent days, by taking to the streets to face the bottom-monetary measures, even with the repression deployed by law enforcement, as well as the more than 2,000 detainees.

Diaz announced that on Tuesday, social movements in Venezuela will begin a march to support the victory of the people of Ecuador, and in order to terminate the decree that eliminated the subsidy for various fuels.