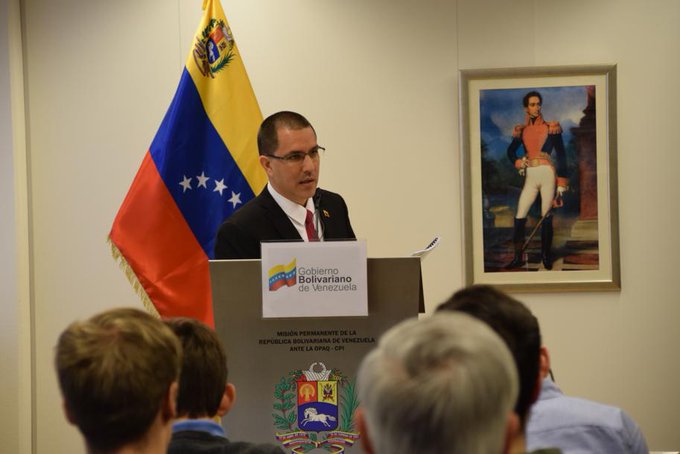 THE HAGUE, the Netherlands. –Venezuelan Chancellor Jorge Arreaza traveled to The Hague, the Netherlands, to present to the International Criminal Court the crimes against humanity committed by the United States against the people of his country.

The diplomat denounced how the sanctions imposed by Donald Trump’s Administration affect vital issues of the Venezuelan people, such as the right to food and health, and which also prevent Venezuela’s free access to the international market.

Foreign Minister Jorge Arreaza is in The Hague seeking justice before international courts in the face of U.S. aggression against his country.

The most recent illegal sanction in the United States was against the state-owned airline Conviasa, a company that runs several social care programs such as the Vuelta a la Patria Plan.