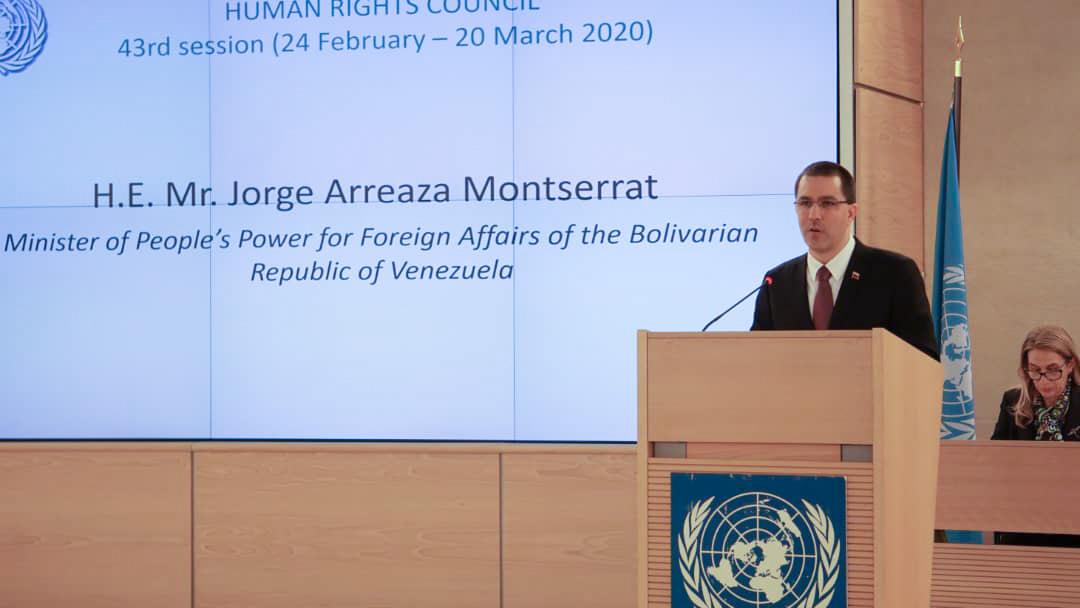 Obstructing access to food and medicine as a weapon for political coercion is a criminal action. Unilateral coercive measures effectively amount to weapons of mass destruction, the Minister said in Geneva.

The United States applies a battery of sanctions against President Nicolas Maduro’s government to force him to leave power. Washington supports opposition leader Juan Guaido, recognized as president-in- charge by half a hundred countries.

Arreaza said claimed Maduro himself called for collaboration in the UN system to generate a policy to break the blockade using Venezuela’s oil. However, the United Nations has done nothing.